×
SARCTRAC Mk1
Satellite Antenna Rotator Controller and TRACker
SARCTRAC Mk1 is a portable, integrated, satellite tracking system, available only as a kit. SARCTRAC was developed so that students at our School Amateur Radio Clubs can have fun and learn about Low Earth Orbiting satellites during our lunchtime sessions. To make friends with a satellite you first have to know when and where it will be; point a small, directional antenna at it and use an Amateur Radio transceiver to listen or talk to it. It is a bit like fishing in the sky and just as challenging. It is really exciting when the kids hear their first satellite and then realise where it is. They always ask. “Can we talk to it?” We say. “Of course, you can.” But the reality is that satellites move so fast that their position and radio frequency is constantly changing. Tracking a satellite by hand, while trying to tune an Amateur Radio transceiver for a typical 10-minute overhead pass, is a real chore for kids. Setting up an automatic tracking system, with a commercial antenna rotator and all the computers, cables and programs needed, is both tricky and expensive. So, we made SARCTRAC quick and easy for the kids to set up and now it does all the work for them. SARCTRAC helps kids spend more time listening to signals from space, receiving data or pictures and even communicating with others via satellites. School kids in space? No problems!
What is SARCTRAC? 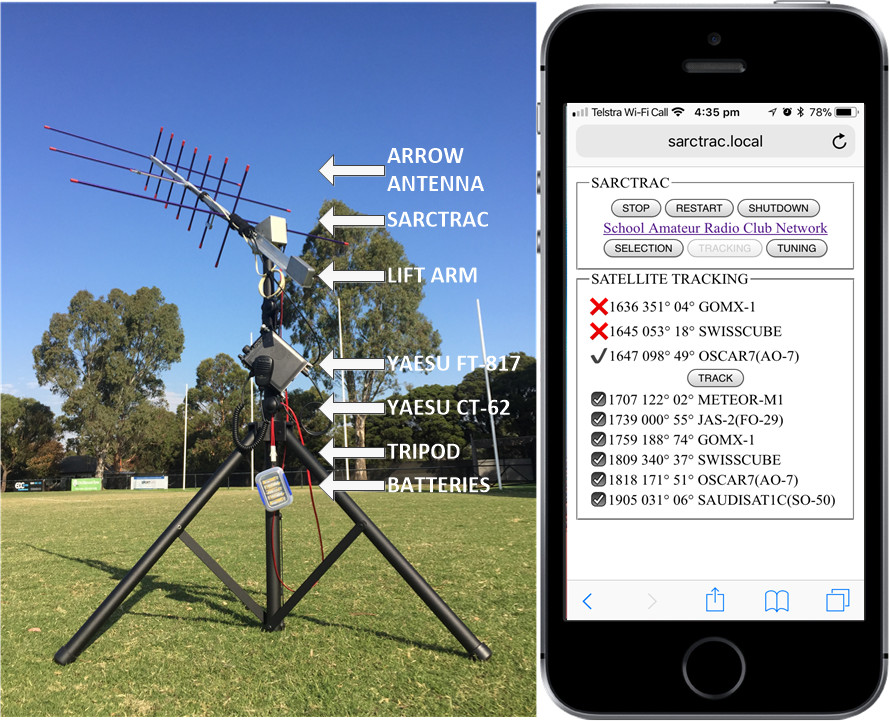 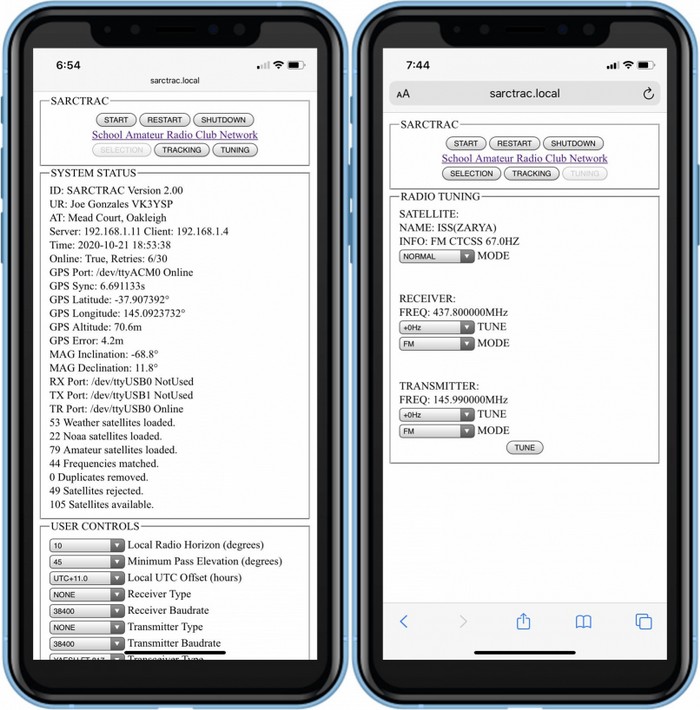 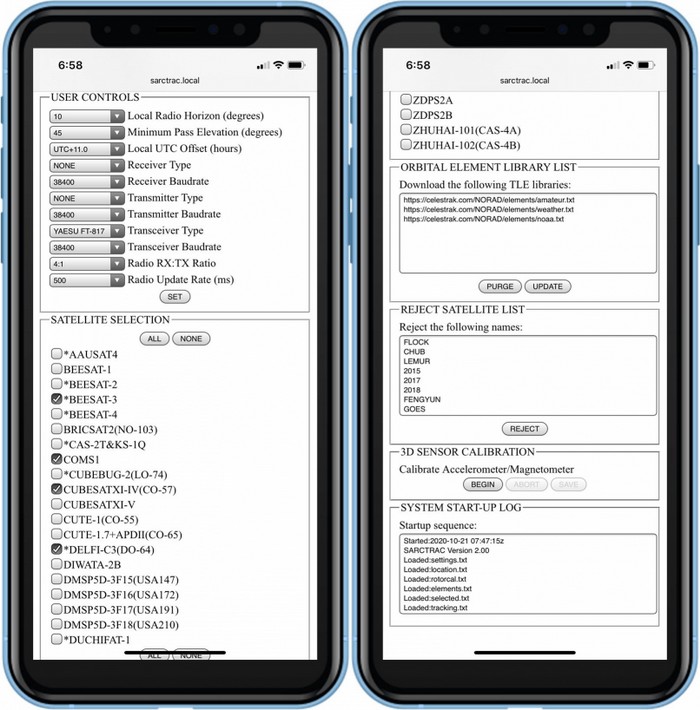 SARCTRAC Mk1 SELECTION Page
History
We first introduced our free, Arduino-based, "Mini Satellite-Antenna Rotator" in 2015. It was a great success, with over 1100 radio enthusiasts from around the world building one. Unfortunately, sourcing the correct components, compiling and uploading the software and calibrating the sensor was too much for many who attempted building it. Let alone the pitfalls of setting up and using third-party, satellite-tracking software. And, as much as we love helping our readers out, we realised that we were spending more time supporting them than developing new projects for the kids.
We partly solved that problem by designing an integrated satellite tracking system that just works: SARCTRAC Mk1 took us over 15 months to develop and was the second generation of our 3D-Sensor based antenna rotator. It was half the size of the original unit with many new features. SARCTRAC Mk1 was offered as a DIY kit with all the parts and software required. Unfortunately, it only supported one type of radio: The Yaesu FT-817 and was only suitable for the experienced builder. So, we were still confronted with a large support effort.
Features
Setup
Networking
Start-up
Satellite Selection
Satellite Tracking
Radio Control
Sensor Calibration
Miscellaneous
Links

SARCTRAC Mk1 is no longer available as a DIY project. We do not provide separate SARCTRAC software.
See videos of SARCTRAC working on our SARCNET YouTube Channel.

Specifications
Safety
Please read the following very carefully. We accept no responsibility or liability for the following:
Safety Testing
We have conducted the following safety testing of the completed product:
Regulatory Compliance 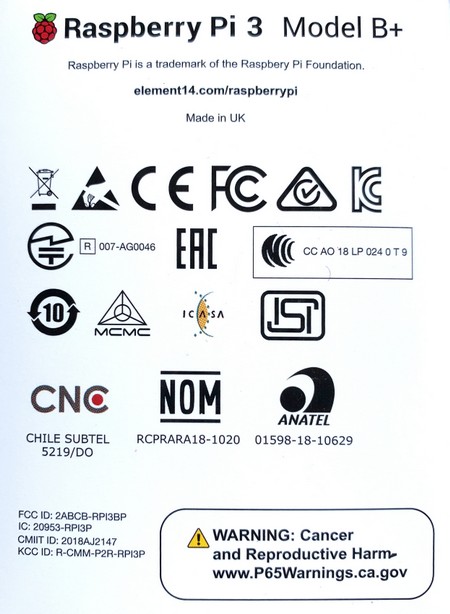