×
Robotics Platform - SARCBOT1
This project is a robotics platform designed to help students learn about robotics and to build their own robot. The platform is based on an inexpensive ($33) 4-WD car chassis, including: 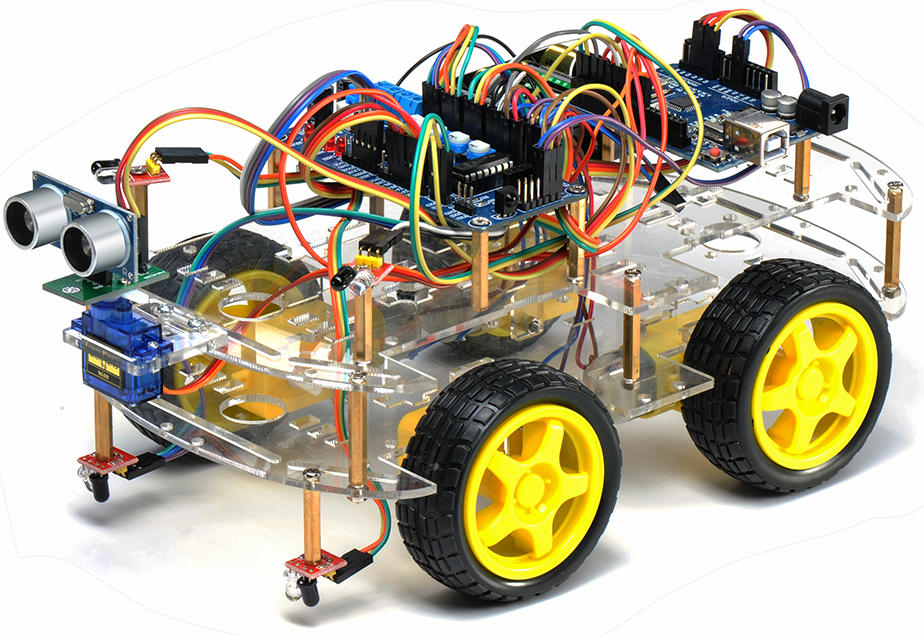 The completed 4-WD Car Kit, as it was originally designed. Note: The SARCBOT Robotics Platform differs considerably from this design.
The Arduino Uno is mounted at the rear (at the right of the picture). It controls the car. On top of the Arduino is mounted the Arduino Sensor Shield (not shown).In the middle is the L298N Motor Driver board. Also the Proximity Sensor Control board, which sets the threshold of the Infrared Proximity Sensors. There are four Infrared Proximity sensors mounted at the front of the car. The two at the top are shown being used to detect close up obstacles and the two at the bottom are being used as a line-follower. At the front of the car is a scanning Ultrasonic SONAR Proximity Sensor designed to detect obstacles. A micro RC servomotor drives the sensor from side-to-side. The four Motor/Wheel/Gearbox assemblies are mounted underneath the lower chassis plate. The kit is well made. 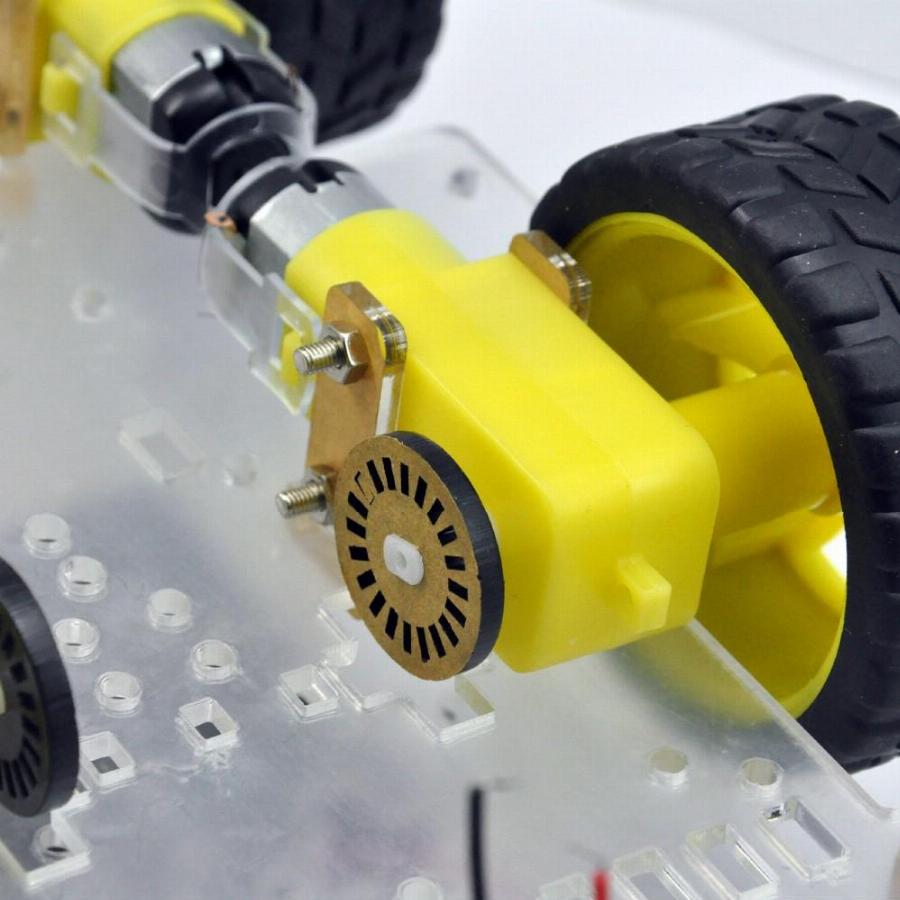 Details of the Motor/Gearbox/Wheel assembly and mounting
Note: The kit does not contain the optical interrupter devices required to use the optical chopper disk shown. There is, however, a cutout for four (4) of these devices including mounting holes. 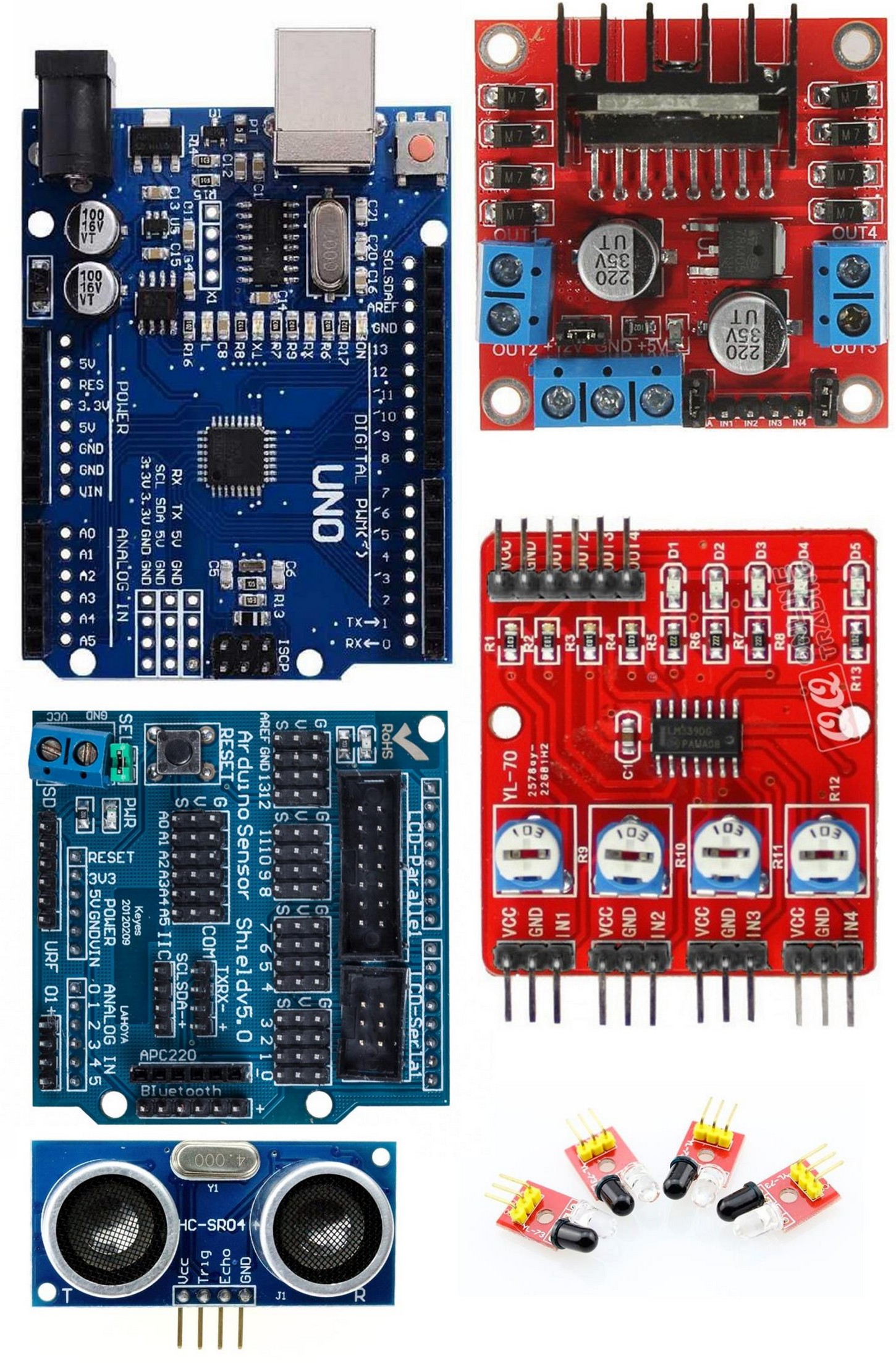 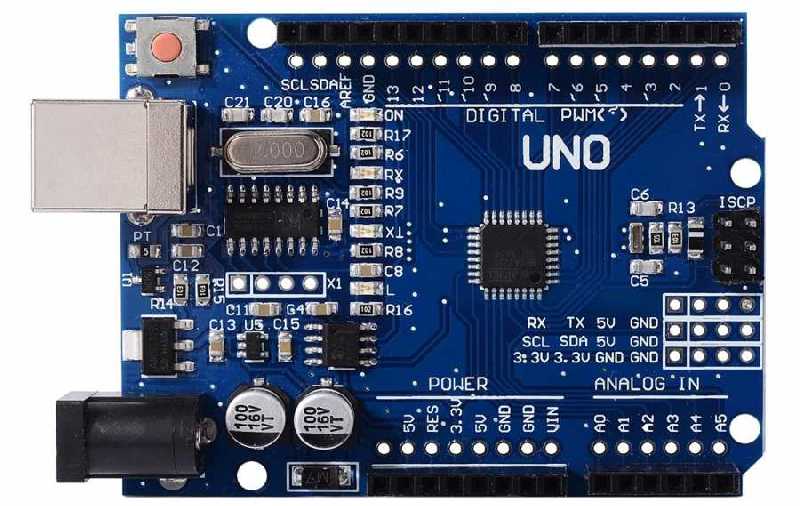 The Arduino Uno board. 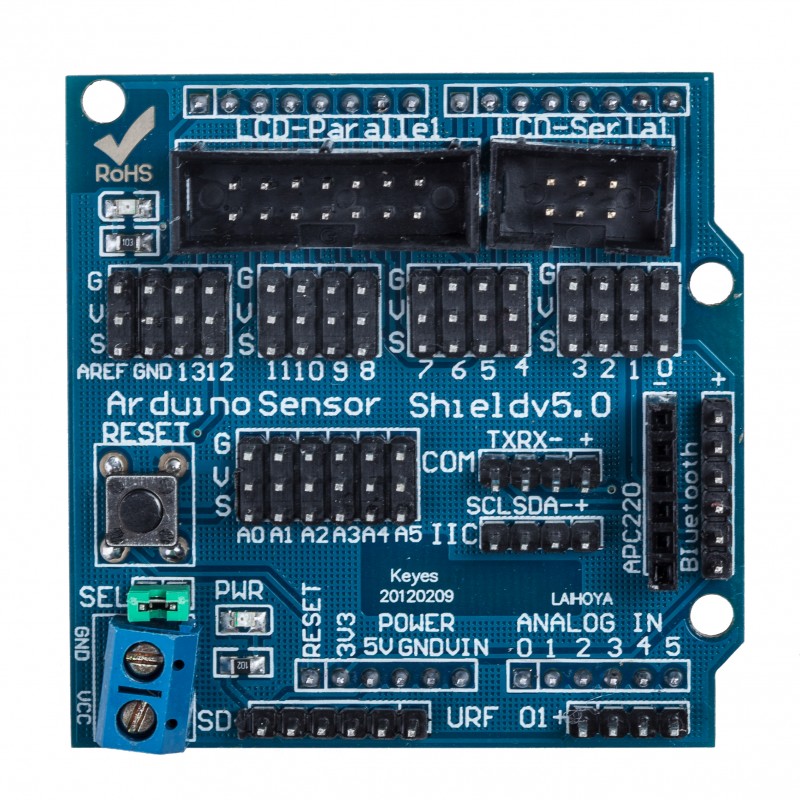 The Arduino Sensor Shield
This is a breakout board for different types of sensors, displays and devices including servomotors, analog I/O, digital I/O and serial, I2C, SPI communications ports. 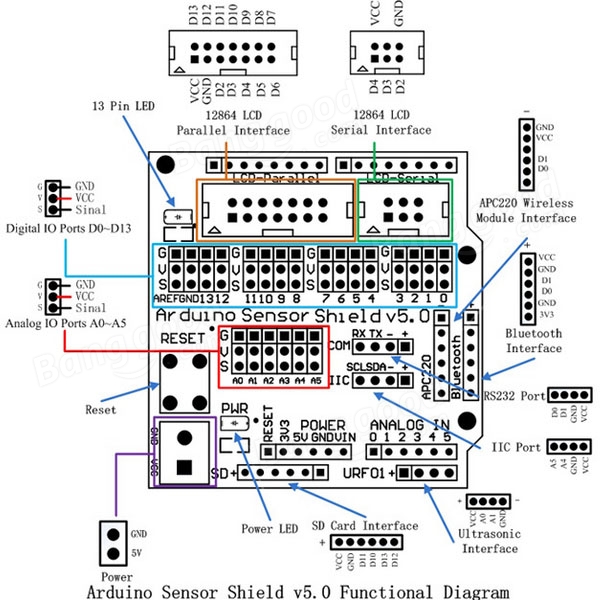 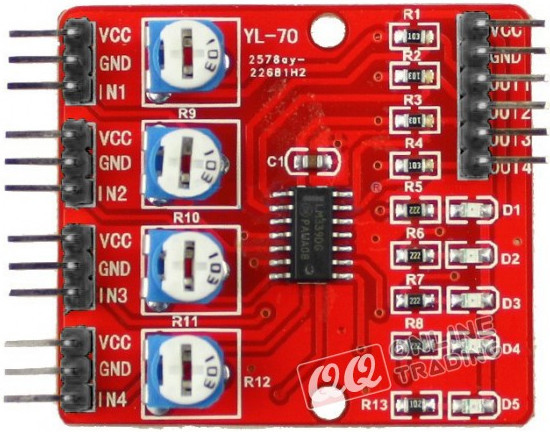 The YL-70 Proximity Sensor Control Board 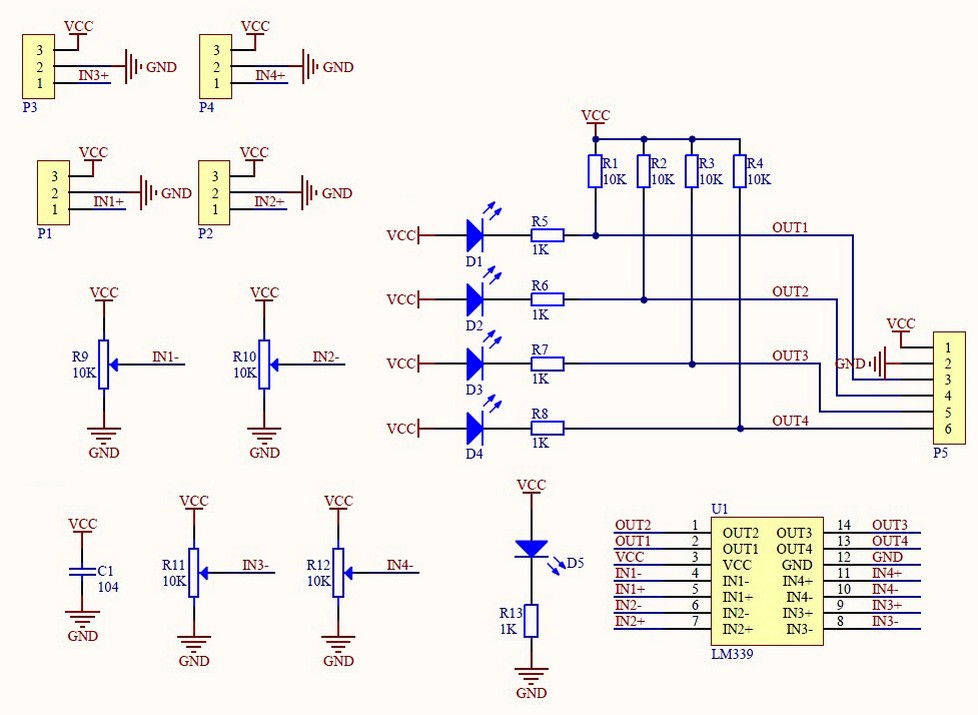 The YL-70 Proximity Sensor Control Board schematic.
The board contains a quad comparator and some preset potentiometers. They set the threshold for the infrared proximity sensors. 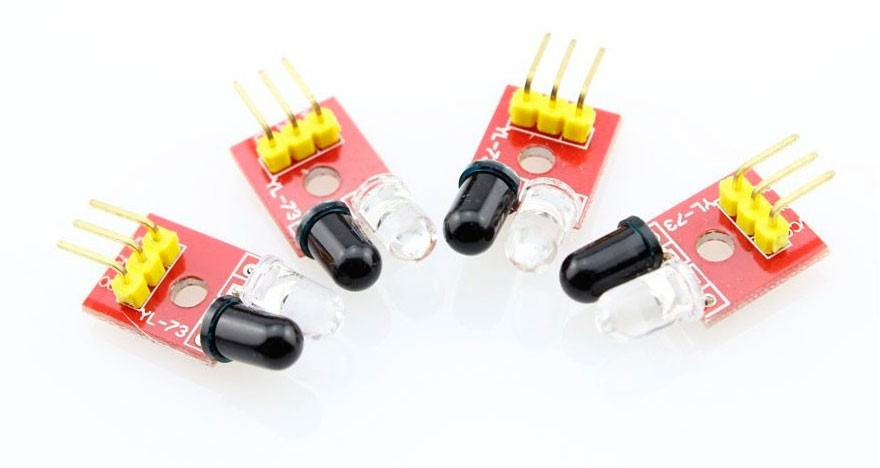 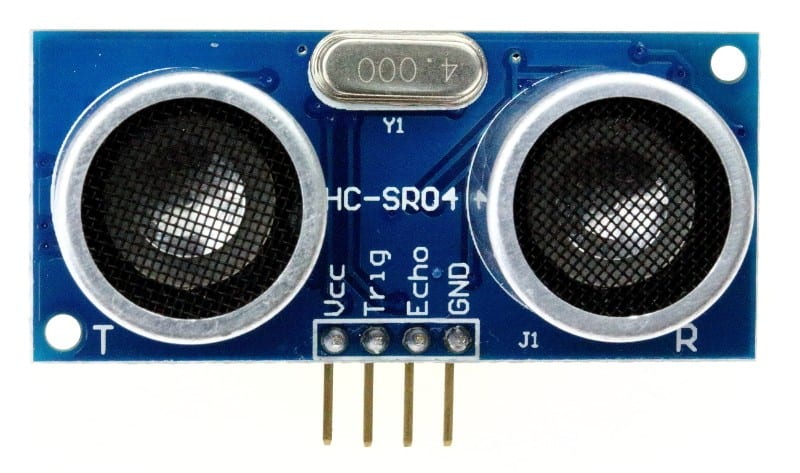 The HC-SR04 Ultrasonic (SONAR) Sensor waveforms
After a 10us trigger pulse to the TRIG input, the sensor emits eight (8) ultrasonic pulses at 40kHz. The resultant pulse width of the echo output signals the distance to the nearest target. The maximum echo pulse width of 36ms indicates no target was found. 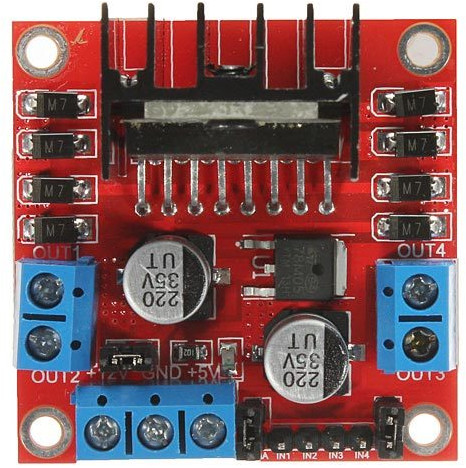 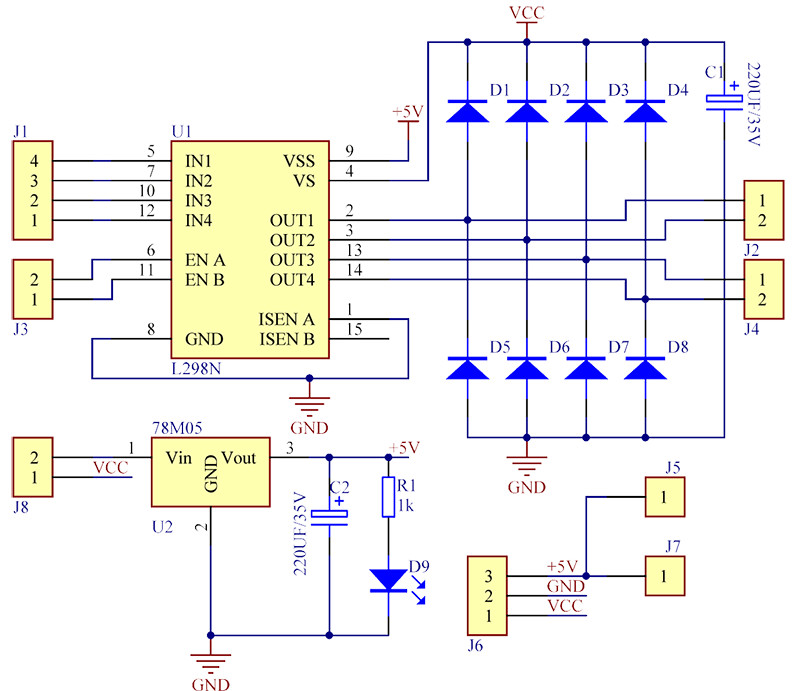 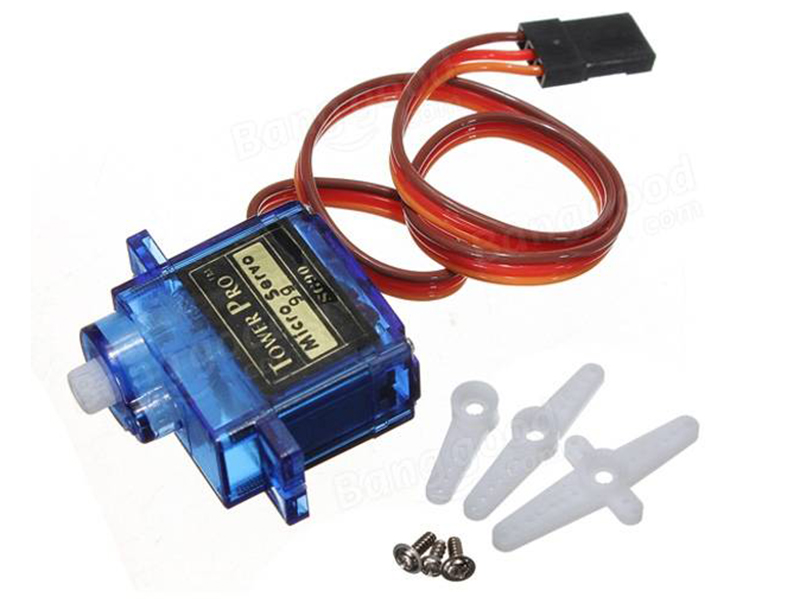 The Micro RC Servo
This is used in the original design to scan the Ultrasonic Sensor module from side to side.
×
Back to content