×
SARCTRAC Mk3
Satellite Antenna Rotator Controller and TRACker
SARCTRAC is a portable, integrated, satellite tracking system, which is now available as a fully assembled, tested and calibrated product. It provides a wireless connection to the same Windows or Linux PC and satellite tacking software you use to control your Amateur Radio transceiver (rig). With a SARCTRAC system and your own equipment you can listen to orbiting space beacons, make two-way satellite contacts and use free, third-party software to download earth images and decode satellite telemetry. It's both fun and educational!
New for 2020: The Amateur Radio International Space Station (ARISS) team and NASA have installed a permanent radio repeater on board the ISS. So now you can use SARCTRAC to listen and talk to other Amateur Radio enthusiasts via the ISS! 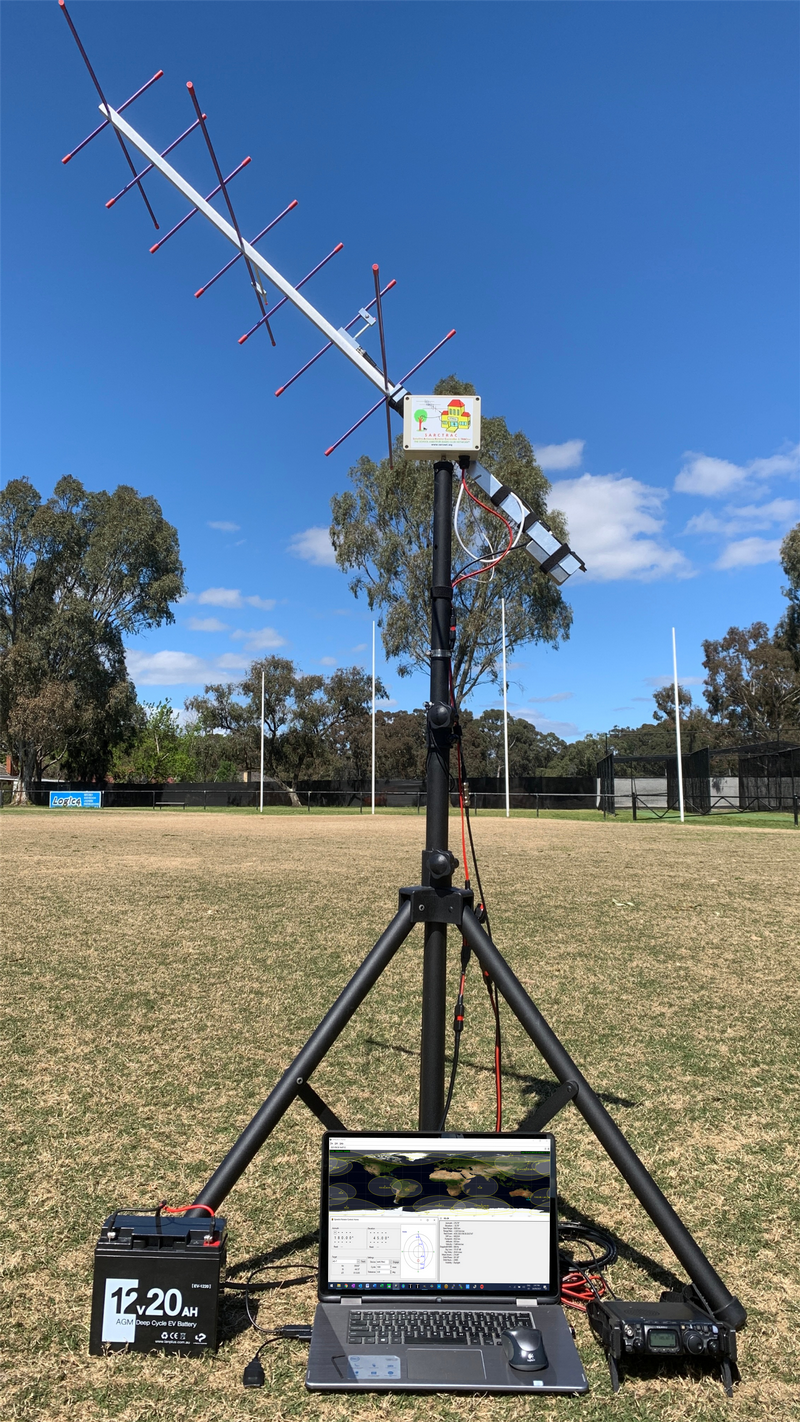 SARCTRAC Mk3 Portable Setup
Introduction
SARCTRAC was developed so that students at our School Amateur Radio Clubs can have fun and learn about Low Earth Orbiting satellites during our lunchtime sessions.
SARCTRAC takes minutes to set up, in the playground, on a mountain summit, down at our local footy oval or even in the backyard. Use it with your favorite PC-based, satellite tracking and radio control application right away. To listen and talk to satellites we like to use our Yaesu FT-817 radio, but for some satellites you can just use a hand-held, VHF/UHF FM radio, or even a pair, so you can hear your own signal coming from the satellite. Our School Amateur Radio Club students think SARCTRAC is really fascinating to watch - and so do we. They try to imagine where the satellite is, by looking along the antenna boom and ask: "It's up there?"
The inspiration for SARCTRAC was to help little kids have fun in space: Well, at least to play with things in low earth orbit! You might be surprised just how many tiny cube-sats and regular polar-orbiting satellites there are. The first challenge is to know when are where the satellites will be. Then to point a hand-held antenna up at them for about 10 minutes while they pass overhead. You also have to constantly adjust your radio transmitter and receiver frequencies to compensate for something called Doppler shift. It turned out that our young radio enthusiasts found all that quite challenging, which detracted from the fun of getting to know our new friends in space. It was hard for us, too, just getting everything to work at different schools: So we set about to design a fully automated system.
To make friends with a satellite you first have to know when and where it will be; point a small, directional antenna at it and use an Amateur Radio transceiver to listen or talk through it. It is a bit like fishing in the sky and just as challenging. It is really exciting when the kids hear their first satellite and then realise where it is. They always ask. “Can we talk to it?” We say. “Of course, you can.” But the reality is that satellites move so fast that their position and radio frequency is constantly changing. Tracking a satellite by hand, while trying to tune an Amateur Radio transceiver for a typical 10-minute overhead pass, is a real chore for kids. Setting up an automatic tracking system, with a commercial antenna rotator is both tricky and expensive. So, we designed SARCTRAC to be quick and easy for the kids to set up, and now, it does all the work for them. SARCTRAC helps kids spend more time listening to signals from space, receiving data or pictures and even communicating with others via satellites. School kids in space? We say "No problems"!
History
We first introduced our free, Arduino-based, "Mini Satellite-Antenna Rotator" in 2015. It was a great success, with over 900 radio enthusiasts from around the world building one. Unfortunately, sourcing the correct components, compiling and uploading the software and calibrating the sensor was too much for many who attempted building it. Let alone the pitfalls of setting up and using third-party, satellite-tracking software. And, as much as we love helping our readers out, we realised that we were spending more time supporting them than developing new projects for the kids.
We partly solved that problem by designing an integrated satellite tracking system that just works: SARCTRAC Mk1 took us over 15 months to develop and was the second generation of our 3D-Sensor based antenna rotator. It was half the size of the original unit with many new features. SARCTRAC Mk1 was offered as a DIY kit with all the parts and software required. Unfortunately, it only supported one type of radio: The Yaesu FT-817 and was only suitable for the experienced builder. So, we were still confronted with a large support effort.
In 2020, due to the COVID-19 pandemic, we experienced parts shortages, freight delays and months of home isolation. So we spent another 5 months re-designing and developing SARCTRAC Mk2, with many more new features. We offered the first 40 units as a fully assembled, tested and calibrated product. This approach provided us with a wealth of experience in the production process. In the end we decided this was the only way to ensure quality components, production processes, reduced support effort and, ultimately, reader satisfaction. We expect to continue our small-scale production effort of fully assembled, tested and calibrated SARCTRAC Mk2 products next year, even though our primary goal is introducing STEM to school kids using Amateur Radio.
In 2021, we produced SARCTRAC Mk3. We totally revised the project addressing many user, hardware, software, integration, production and support issues: Most readers just wanted the cheapest-possible, AZ-EL rotator to steer their hand-held satellite antennas and to use with their own PC-based, satellite tracking and radio control applications. Quite a few had problems configuring SARCTRAC to connect to their home WiFi network. They wanted a dedicated, wireless solution that did not require the use of a WiFi router. Some had problems when the cables got wound up. They needed a fool-proof safety cut-off device. SARCTRAC Mk2, with a built-in Raspberry Pi 3B+ tracker and web-server, required a lot of power, a large heatsink and was noisy on the VHF/UHF satellite bands. So we went back to basics and designed a cheap, low-power, low-noise, rotator, with a dedicated wireless link, that would work with popular, many free, PC-based, satellite-tracking applications.
Setting Up
To get started you need to:
To set up and use SARCTRAC you need to:
Features
Links

SARCTRAC Mk3 is available as a fully assembled, calibrated and tested product.
SARCTRAC is no longer available as a DIY project. We do not provide separate SARCTRAC software.

SARCTRAC Mk2 is no longer available as a fully assembled, tested and calibrated product.

SARCTRAC Mk1 is no longer available as a DIY project. We do not provide separate SARCTRAC software.

Specifications
Safety
SARCTRAC is only to be used under adult supervision. It must never be operated unattended. Stand away from the antenna while operating. Immediately disconnect the power to avoid any damage or injury.

Please read the following very carefully. We accept no responsibility or liability for the following:
Safety Testing
We have conducted the following safety testing of the completed product:
Regulatory Compliance 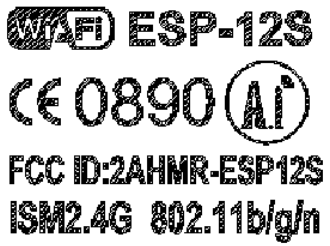