×
Morse Code Battleships Game
Imagine you’re in the communications centre (COMCEN) of a real battleship: It is a US DDG class Guided Missile Destroyer. It is your job to send missile launch commands to the fleet using Morse code. You better get this right or else those missiles won’t hit their targets. Watch out for reports of incoming missiles too. "All hands. Battle Stations. Battle Stations. We’re under attack."
Introduction
Radio telegraphy using Morse code was vital during World War II, especially in carrying messages between the warships and the naval bases. Long-range ship-to-ship communication was by radio telegraphy, using encrypted messages, because the voice radio systems on ships then were quite limited in both their range and their security.
Preparation
Two teams sit facing each other in a room. Each team has a Morse code practice set and a playing board as shown below. Members of each team take it in terns to send launch codes to the other team. 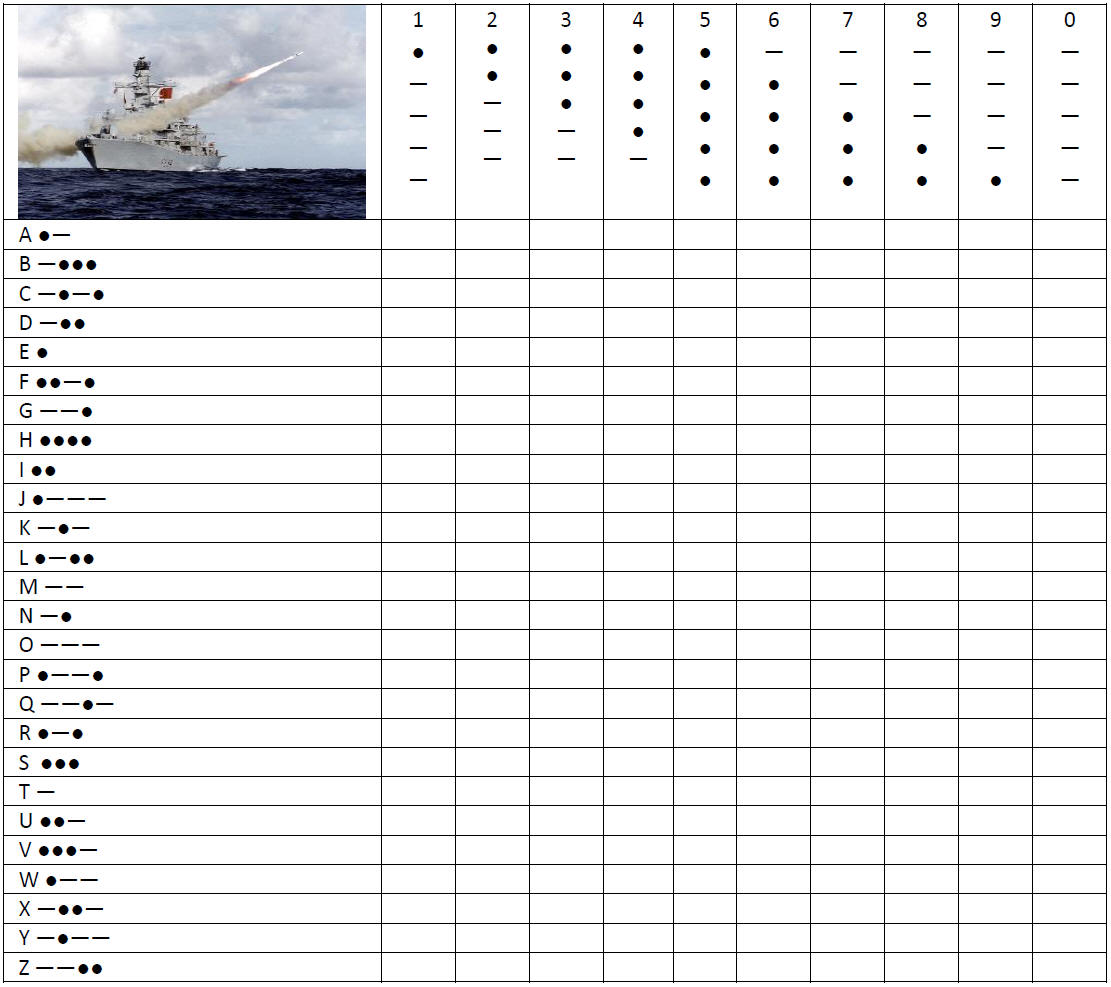 Activity
Each team secretly places 5 battleships (marked with an X) randomly on their grid (A-Z, 0-9) above. Toss a coin to see who goes first.
Take it in turns to:
Homework
Copy the playing board and have a game with your friends and members of your family. If you don't have a Morse code practice set, you can use a whistle or flashlight instead. If you want to build a Morse code practice set ask your SARC coordinator how.
Next Activity...
×
Back to content