News Page 11
This page contains all the latest news about school amateur radio clubs. Please contact us to add your SARC news to this page. Send us a picture and description of your SARC activities. Remember to get parental permission to publish student photographs on this site and in our newsletters.
SARCNET Spotlight
Since SARCNET daily Amateur Radio broadcasts commenced in February 2021 we have had over 1500 QSOs (on-air contacts). Some of the operators we talk to are regulars on the net and we greatly appeciate their participation and support of what we do. We also try to lend a hand whenever we can. Sometimes talking through problems or offering practical assistance.
For example one of our mates, Glen VK3GMC, needed a bit of help recently getting back on the air after his Yaesu FT-920 transceiver had mysteriously stopped working. After consulting the maintenance manual, we were none the wiser as to what the problem would be. However, while talking about it on SARCNET, we had a call from Dick VK7DIK, who generously offered some expert advice: He explained the rig had an internal memory-backup battery, which if flat would cause exactly that problem. Glen was then able to fix the problem himself by dissassembling the radio and replacing the battery.
Next, Glen's power supply blew up. Investigating, we found that an after-market modification by a well-meaning previous owner had actually caused the problem. We repaired it and gave the unit a good clean to restore operation.
Then, some freak 100km/hr winds here in Melbourne blew down Glen's delta beam antenna. It took us an afternoon to help him clean up the damage and put up a 40m End Fed Halfwave antenna instead.
Actually, Glen who worked with a local Telco for many years and is now retired, was a great wood-worker in his day. He wanted to clean up his operatng position by building a shelf to organise all his radio gear. So we helped him with cutting some wooden panels for the job. Under his guidance we were able to join them to make a sturdy shelf. We learnt quite a lot from Glen about wood-working! 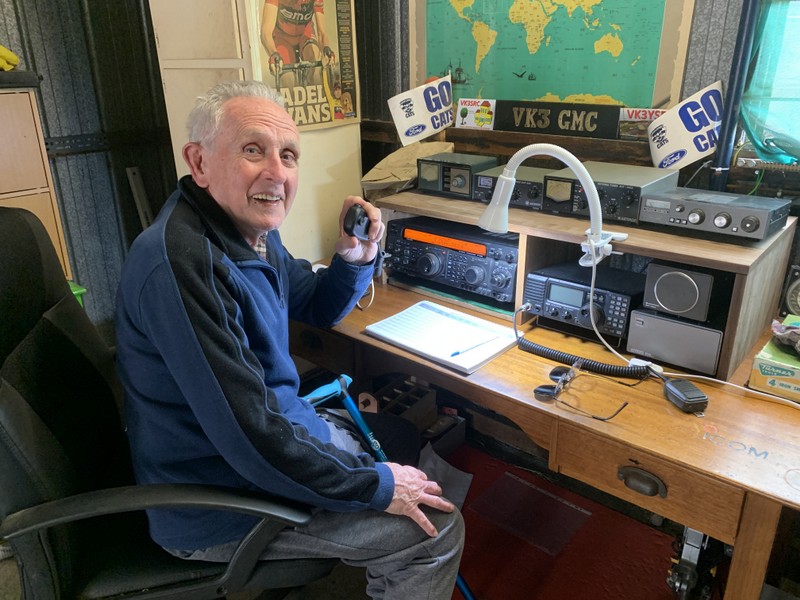 Glen VK3GMC - A SARCNET Regular
Later, after this picture was taken, Glen suffered a tumble in the garage. After a short stay in hospital, it was decided to move his shack inside the house. It would certainly be more comfortable and with fewer trip hazards! Shirley, Glen's YL, did a marvelous job preparing a room. We set up Glen's ICOM IC-718 and power supply on a desk and reversed his End Fed Halfwave antenna so the feed line could be connected. Glen loved it! 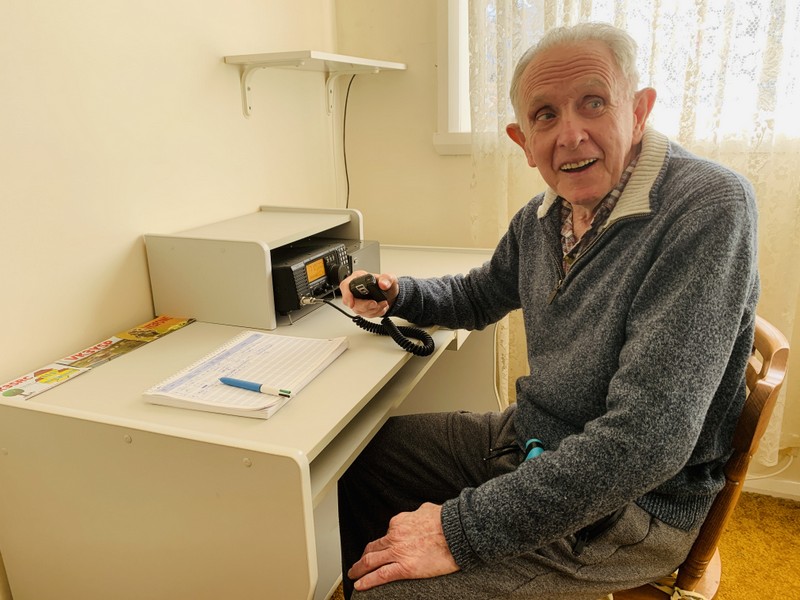 Glen VK3GMC - New Shack
Jamboree On The Trail 2021
At the kind invitation of Murray VK3MJT, the Melbourne Region Cub Scout Commissioner, Julie VK3FOWL and Joe VK3YSP, operating as VK3SRC for the School Amateur Radio Club Network, set up a radio-linked, trail checkpoint at Rushall Station car park in North Fitzroy.
This year's JOTT was attended by 221 hikers in 9 teams. There were 5 checkpoints in total along the 6km route. Each was manned by both Scouts and Amateur Radio crews. Strict COVID19 rules were in effect. The hike went to plan with unusually fine weather. The team number, time and number of hikers, arriving and leaving each checkpoint was radioed through to the hike management team. 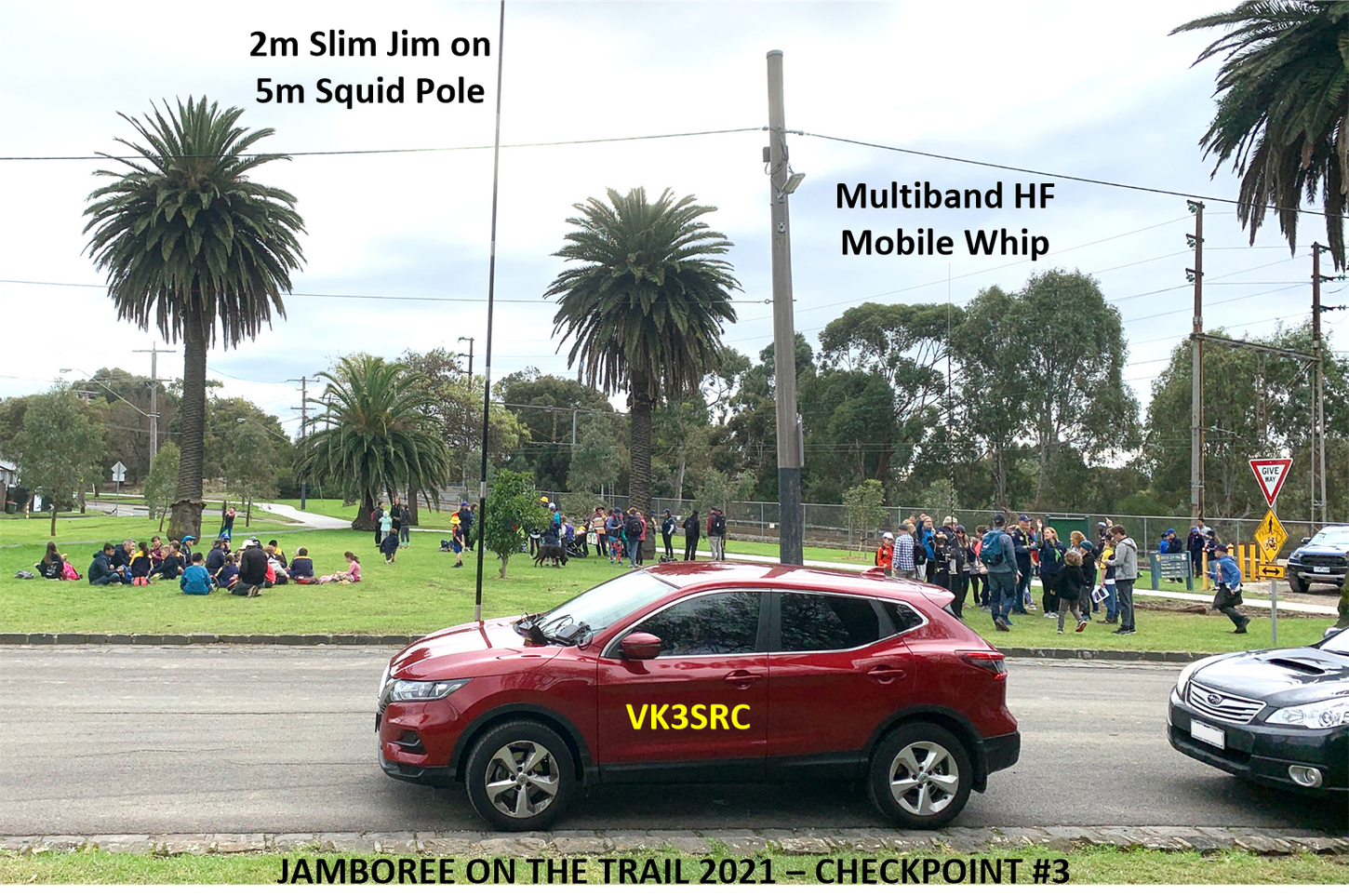 SARCNET On The Air
In February 2021 we started daily Amateur Radio broadcasts as SACRNET at 0200UTC on 7105kHz LSB in the 40m Amateur Radio band using our club callsign VK3SRC. 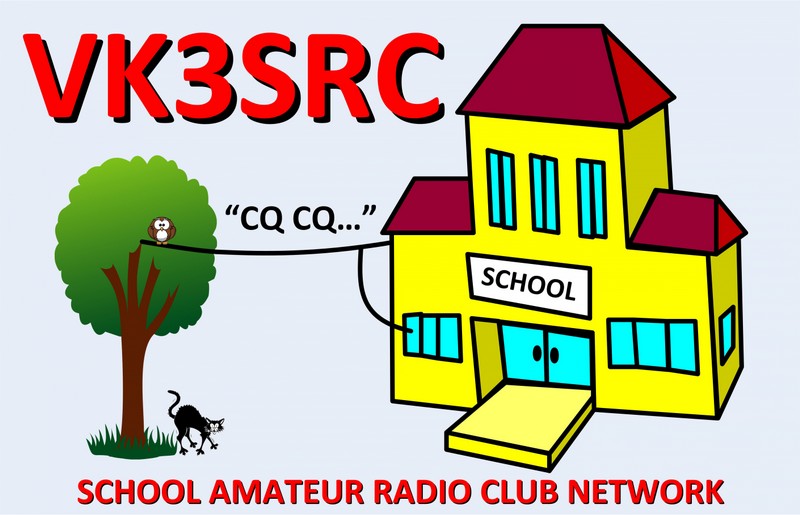 SARCNET QSL Card
The purpose of SARCNET is to promote the idea of setting up a school amateur radio club to individual Amateur Radio operators and clubs. During the net, stations call in from all around the south of Australia, including the Australian Capital Territory (VK1), New South Wales (VK2), Victoria (VK3), South Australia (VK5) and Tasmania (VK7). Unfortunately, at the present time, the ionospheric propagation does not favour Queensland (VK4), Western Australia (VK6) or the Northern Territory (VK9).
We begin the net using the following call:

"CQ, CQ, CQ. This is VK3SRC, Julie and Joe, for the School Amateur Radio Club Network. Over."

When stations call in we discuss all manner of subjects including Amateur Radio operational and technical issues in a round-table, open-forum, format. Everyone gets a say. Newcommers are given priority and are introduced to the group. Some of the questions we ask, just to get started, are: 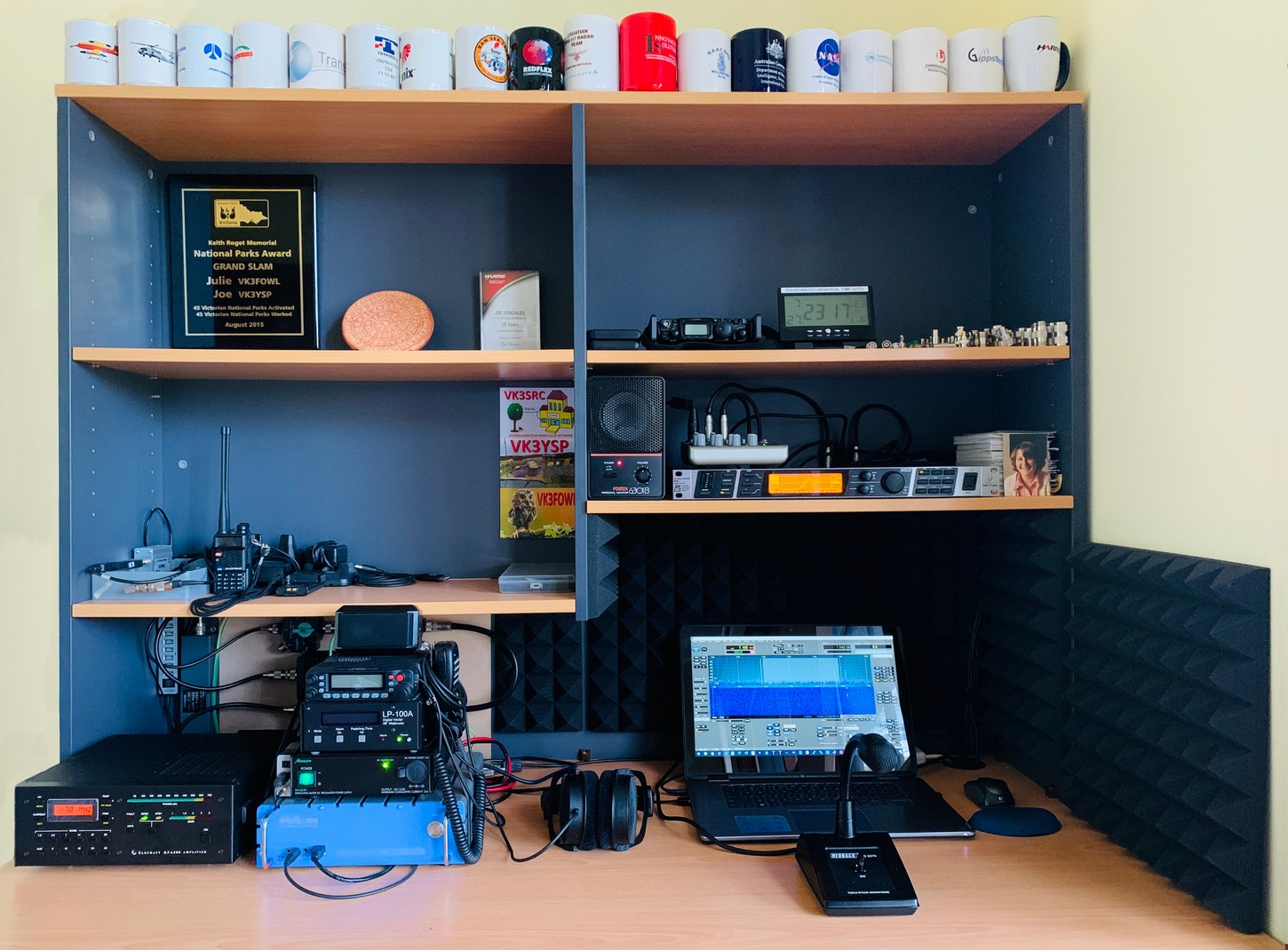 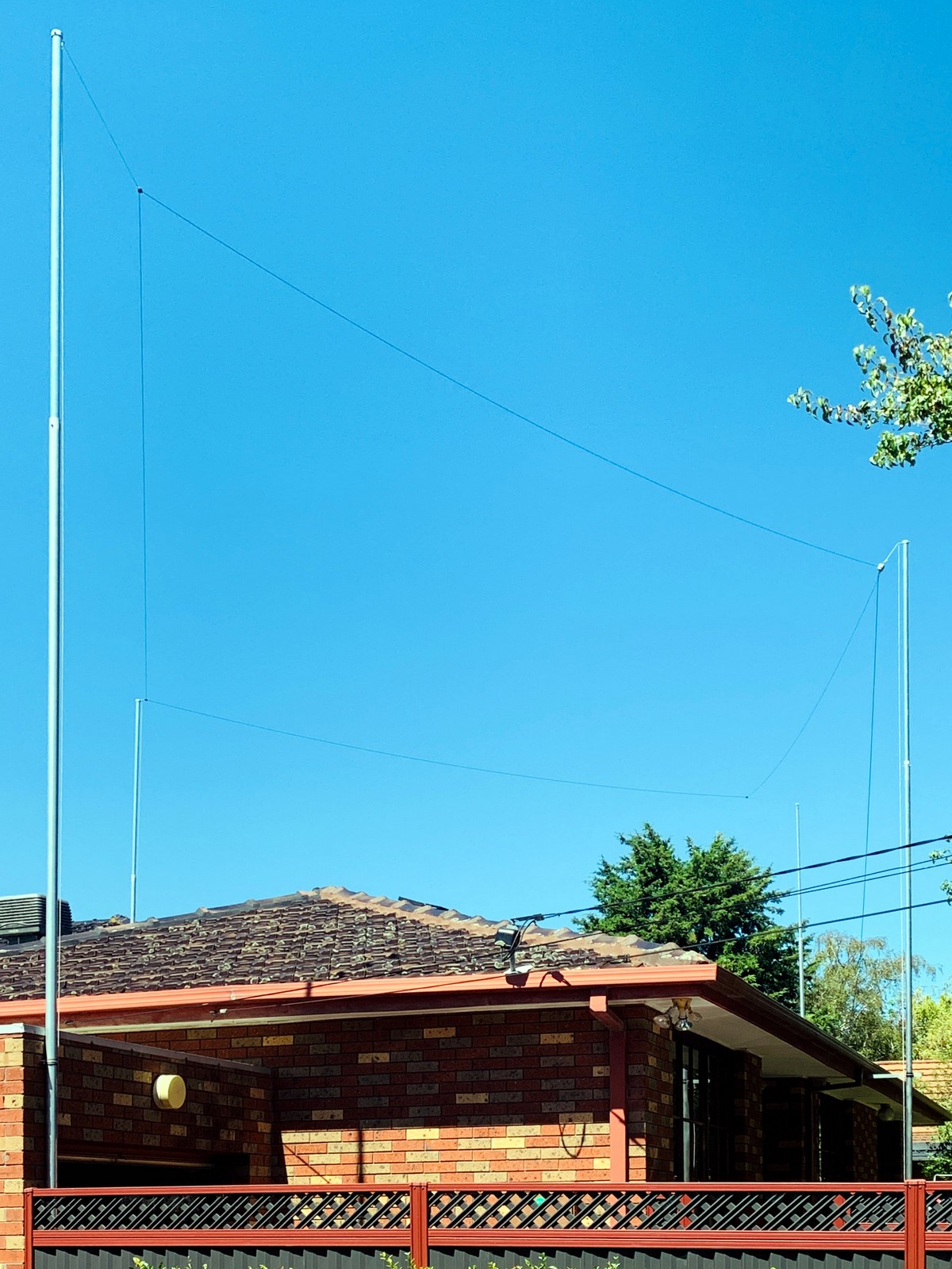